Prisoners of Pop Culture: Advertising is Not Just for the Young

Bob Hoffman is the author of four Amazon #1 selling books about
advertising. He is also one of the most sought-after international speakers on advertising and marketing.

He is creator of the popular “The Ad Contrarian” blog, named one of the world’s most influential marketing and advertising blogs by Business Insider.

In 2012 he was selected “Ad Person of the Year” by the San Francisco Advertising Club.

This is his most recent post from his blog and addresses the advertising industry’s stubborn refusal to address markets outside of the 18-34 demographic. Too bad.

There seems to be consensus these days that advertising on the whole is pretty stinky. There are all kinds of explanations for this. I have my own theory.

I believe that advertising has become tethered to youth culture in a way that is undermining imaginative thinking, harming our creative output, and seriously limiting marketing effectiveness. 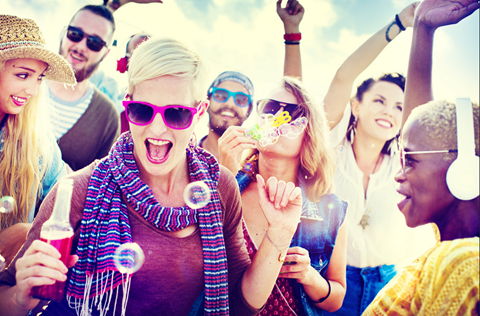 Pop culture and fashion have always been stupid. If you want to die an imbecile, don’t pay attention to art, literature, history, science, or nature. Pay attention to Kardashians.

After World War II something new arrived in the U.S. — the “teenager.” Previously, in all of history, there was no such thing. There were just young people who went out in the fields or down in the mines or over to the factories and worked their asses off. Overwhelmingly, the fruits of their labors and the imperatives of their lives were focused on the relentless struggle to help keep their families alive. It was a brutally hard existence.

That changed over time. In the 1950’s and 60’s, unprecedented prosperity and affluence arrived and the “teenager” was born. A teenager was a young person who had what no other young person in history ever had — money and time.

With the teenager came something else that was completely new — youth culture. At first it was just music and language. But then a whole set of customs and values evolved including fashion, celebrities, attitudes, economics and imagery.

Coincidental with the rise of pop culture was the rise of the “creative revolution” in advertising. In the beginning, advertising didn’t have much use for pop culture. Have a look at the great ads from the early period of the “creative revolution” (VW, Alka-Seltzer, etc) and you’ll see the ads were about products not “lifestyles,” the actors were grown-ups, and youth iconography didn’t exist.

Slowly but surely youth culture worked its way into the advertising lexicon. At first it was thrilling.  People were tickled to hear their favorite types of music and see young people like them in ads. What made it exciting was that it was new and different.

What has changed is that pop iconography is no longer the exception in advertising. It is now by far the dominant tool in the tool box. Pop culture is no stupider today than it was 50 years ago, it is just more pervasive.

And that’s a problem. As wealth and economic power have been hugely concentrated in the hands of mature people, youth culture rarely interests or engages the people who have and spend most of the money. In fact, it is often off-putting. But it has become the default language of advertising despite the fact that it is not the language of the people who drive our economy or dominate our commerce.

Worse, it is self-perpetuating. The more that marketing people see youth-orientation dominate advertising the more they unconsciously assume that it is the proper voice for advertising and that they better employ it, too.

As a result, much of advertising has become a tiresome, one-note exercise in celebrity/music/technology banality. It creates a false feedback signal to marketers and the business community that pop culture/youth sensibility is the correct vocabulary for marketing.

There is nothing wrong with the use of celebrities or cultural trends in advertising so long as they are not used as a shallow substitute for an idea. Once, a small percent of advertising leaned on pop culture as a replacement for strategy. Today that number is much higher. The pop iconography of music/celebrities/technology is everywhere and the discipline of brand differentiation is largely missing in action.

We are tethered to youth culture in a way that is harmful to our goals and to business. The attribute most noticeable in creative work is not imaginative thinking, it’s the slavish conformity to whatever’s trending. As usual, our obsessions have undermined our perspective.

One of the pernicious side-effects of this is our inability and, in fact, our blind refusal to speak to the people who have and spend most of the money in our economy. As a recent research paper from the UK said about our industry…

“…we, like everyone else, prefer to talk to people we are familiar with and understand. Witness the industry’s continued fixation with targeting 18-34… which is surely driven more by the composition of our industry than the demographic reality of our aging population and the massive concentration of wealth and spending”

The auto industry, which is one of the largest categories of advertised goods, provides an excellent example. While car makers often feature young adults in their ads, adults under 25 comprise less than 1% of new car buyers. In the past 5 years, car ownership among 18-34 year olds has dropped 30%. Meanwhile, about 75% of new car buyers are over 40.

There are two reasons advertising agencies default to youth imagery. First, the people in agencies are overwhelmingly young and don’t have the cultural vocabulary to speak comfortably to mature people. Look in any coffee shop and try to find someone in his 20’s talking to someone in her 50’s. I mean, other than saying, “Can I take your order?” When the people writing the ads are disconnected from the people buying the products, there is a problem. And while only 6% of agency employees are over 50, 57% of new car buyers are over 50, and 51% of all consumer spending is done by people over 50.

Second, binding to youth culture is such an easy and attractive way to seem relevant. Particularly if you have been seduced by advertising’s feedback loop and don’t understand the limited role young people actually play in our economy.

There is a lazy, unimaginative way to do advertising, and a difficult, inspired way. The lazy way has been the same for decades — find a pop song or celebrity and borrow some glow. The difficult, inspired way is to untether yourself from the banality of trendiness and search for something interesting to say.

Visit bobhoffmanswebsite.com for more about Bob Hoffman and the Ad Contrarian.

BOOK: Never Too Old to Get Rich: The Entrepreneur’s Guide to Starting a Business Mid-Life Weekly Newsletter: Advertising Tethered to Youth Culture